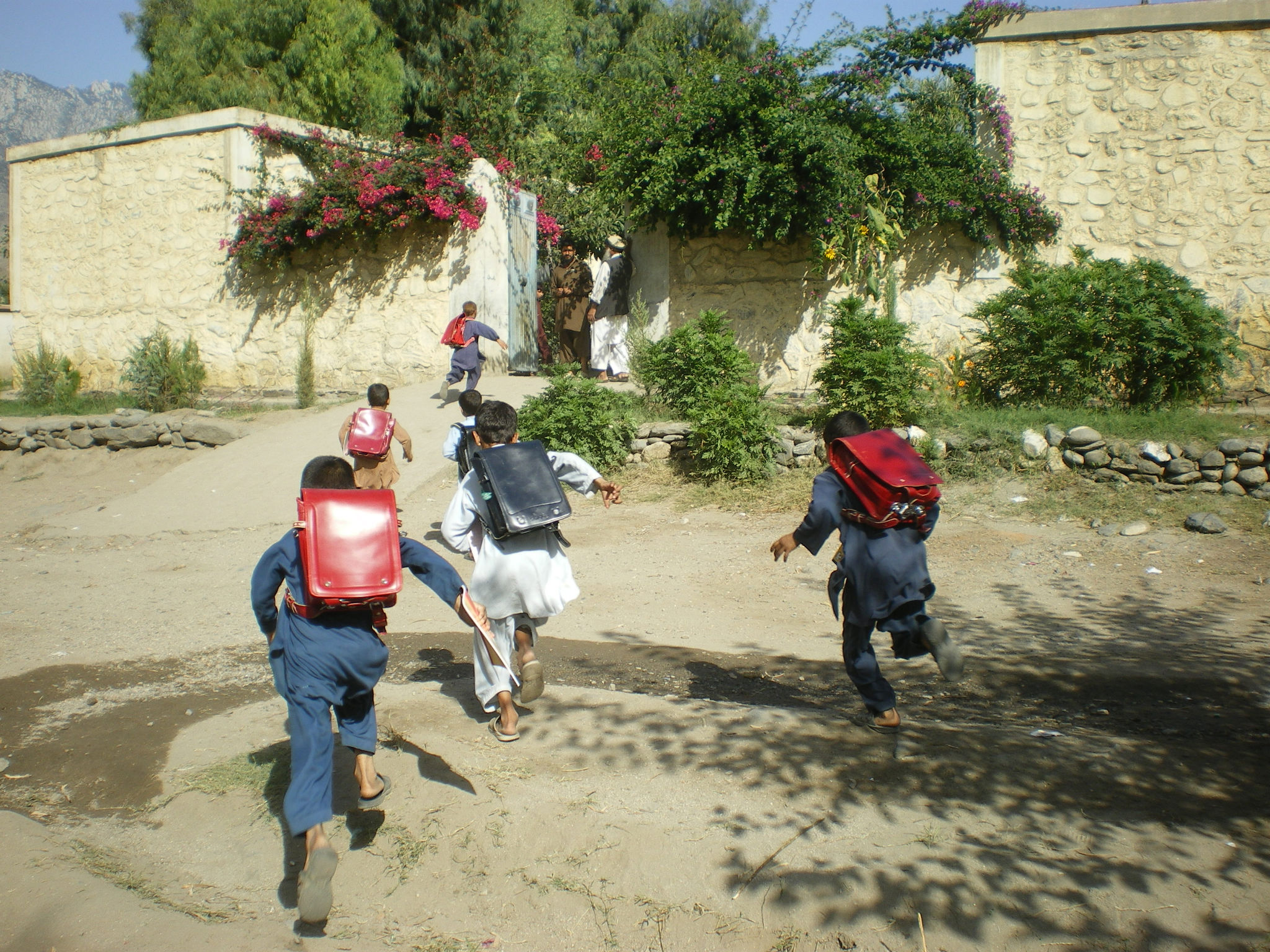 JOICFP provides school backpacks packed with stationery set to children in Afghanistan since 2004. It is to raise awareness of girls’ education in Afghanistan. More than 220,000 bags have been distributed so far.
Wars and conflicts have harshly damaged Afghanistan for more than 40 years, resulting in persistent poverty and the educational system’s deficiency. The conflicts severely affected Nangarhar province, close to the border with Pakistan, where many refugees and IDPs have migrated. The demand for educational opportunities has become higher than ever.
In Afghanistan, merely 40% of girls complete primary education, whereas 67% of boys complete it, according to UNICEF (“The State of the World’s Children 2019”). Many reasons keep Afghan girls away from school: poverty, housework, early marriage, security issues, and school facilities such as a lack of toilets.
To encourage girls, as well as boys, to attend school, JOICFP sends second hand Randoseru, Japanese school backpacks, to Afghanistan. Packed with school supplies and sometimes a message from its former owner, each Randoseru is handed over to a child in the Nangarhar province. In the area, Randoseru has become a symbol of education, especially that of girls. It now motivates the community and parents to let their children attend school.